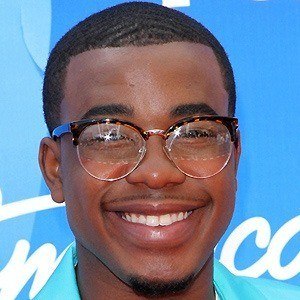 American singer who is known for coming in seventh place on the competition television show, American Idol, during its twelfth season in 2013.

He graduated from Sarah T. Reed High School in 2011.

He was part of the American Idol LIVE! Tour from July through August 2013.

He and his family lived where Hurricane Katrina hit and are survivors of the natural disaster that followed in the hurricane's wake.

Burnell Taylor Is A Member Of