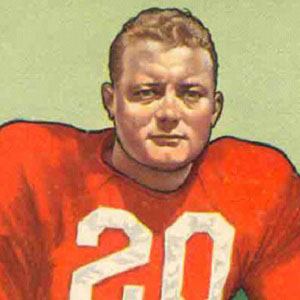 NFL offensive guard for the Chicago Cardinals from 1946-1951.

He served in the Navy during World War II before joining the NFL.

He has been inducted into the College Football Hall of Fame.

He was married to Betsy Lee Hooper, and they had three children together.

He was hired - and shortly after fired - as head coach of the Buffalo Bills by Ralph Wilson.

Buster Ramsey Is A Member Of