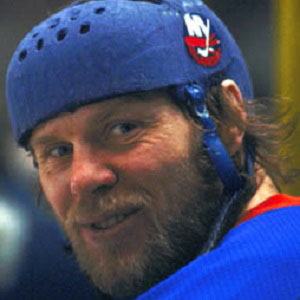 Canadian centre known for his unique helmet who won four consecutive Stanley Cups as a member of the New York Islanders in the early-to-mid 80's. After retiring, he became the Islanders' head coach and the color analyst for the team's television broadcasts.

He was born in Saint Boniface, Manitoba and played junior hockey with the Dauphin Kings of the Manitoba Junior Hockey League.

He played in 1,107 NHL games and recorded just 102 penalty minutes, which at the time of his retirement was the lowest number of penalty minutes for any player who had played more than 1,000 games.

He married a woman named Cathy.

Butch Goring Is A Member Of