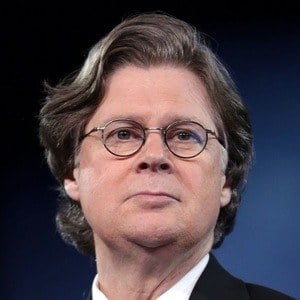 He earned his bachelors degree from the University of Alabama at Tuscaloosa and his master's from the University of Chicago. He began his career in journalism working as a producer at CNN Headline News. In 2001, he published an essay in The Atlantic which earned him a job working for National Review. He began working as chief political correspondent for The Washington Examiner in 2009.

He is known for appearing as a political guest on a variety of programs on tv and radio including Meet the Press, The NewsHour with Jim Lehrer, and The O'Reilly Factor.

He was born and raised in Birmingham, Alabama. He is the son of television personality Thomas Earl York.

He appeared as a guest on a Hardball segment with Chris Matthews and on the Laura Ingraham show.

Byron York Is A Member Of