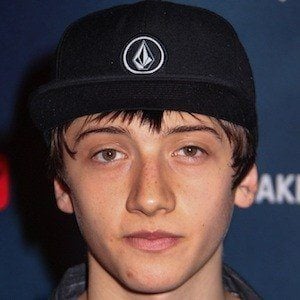 Rising actor who landed the role of Oompa in the major motion picture The 5th Wave.

He began his acting career in local theater and would land the part of Michael Banks in a stage production of Mary Poppins.

He was featured in the AwesomenessTV and DreamworksTV show Side Effects.

He was born in South Lake Tahoe, California.

He had the opportunity to meet Chloe Moretz shooting The 5th Wave.

Cade Ball Is A Member Of