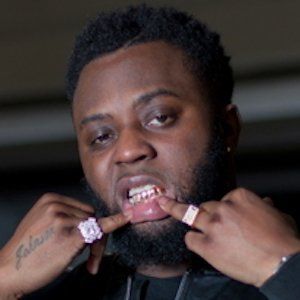 British rapper who was hailed as an up-and-coming talent in grime music with tracks like "Glockumentry" and"Redbullie." He had charting singles such as "Pumpy" and "Advice," which peaked at 27 on the UK Top 40. He was known for his intensely personal lyrics, which often featured Muslim themes.

He began pursuing music at age sixteen. He became a part of London's grime scene in 2006.

His "Behind Barz" freestyle on Link Up TV earned its own article on Complex.

His real name was Blaine Cameron Johnson. He tragically died in a car accident just before his 29th birthday. He was a cousin of fellow rapper Krept, whom he grew up with. He was also the inspiration behind his song titled "Letter to Krept."

He performed on DJ Charlie Sloth's BBC One radio show.

Cadet Is A Member Of