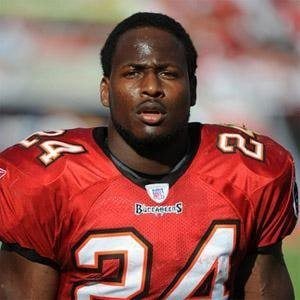 Auburn University star running back who was picked fifth in the 2005 NFL Draft by the Tampa Bay Buccaneers. He won the Rookie of the Year award in 2006 then had his career cut short by a number of injuries.

His nickname, Cadillac, was taken from a TV sportscaster in Alabama.

He scored two touchdowns in the annual Deep South's Oldest Rivalry game against the University of Georgia during his sophomore year.

He was born to Sherry Williams and Aaron Turner in 1982. He married Evan Christina Williams in 2011.

Cadillac Williams Is A Member Of