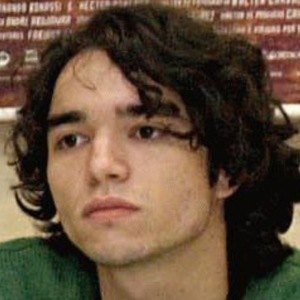 Actor has has appeared in many acclaimed Brazilian films throughout the years, including Carandiru (2003), The Well Beloved One (2010) and Califórnia (2015). He has also had recurring roles on shows like Shades of Sin and Empire.

He was cast in his first commercial at age 9. He studied law in college before dropping out to pursue acting.

He won back-to-back Best Actor awards at the Gramado Film Festival in 2010 and 2011.

He married actress Maria Ribeiro and was previously married to Ana Ariel. He has a son named Bento with Ribeiro as well as an adopted son named Antonio.

He co-starred with João Miguel in the action film Xingu (2011).

Caio Blat Is A Member Of