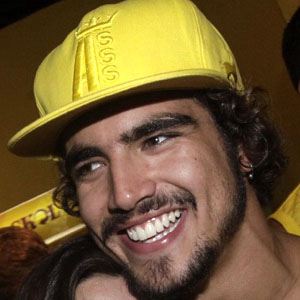 Best known for his role as the antagonist Bruno Oliveira Guimarães on the popular teen television series Malhação, this Brazilian actor also appeared in such popular telenovelas as Amor à Vida and Ti Ti Ti. He made his big screen debut in A Grande Vitória, a 2014 Brazilian sports movie.

He first appeared on Malhação when he was nineteen years old.

He won a 2011 Nickelodeon Kids' Choice Award (Meus Prêmios Nick, in Brazil) for his role in Ti Ti Ti as the protagonist Edgar Sampaio. For his work in Amor à Vida, he received a 2013 Capricho Award.

He and fellow Brazilian actor Malvino Salvador were both part of the cast of Amor à Vida.

Caio Castro Is A Member Of