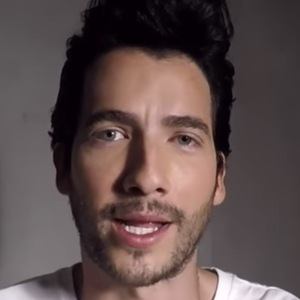 Telenovela actor with major roles in the shows Francisco el matemático and La Reina del Flow. He also had main roles in Azúcar and Sala de urgencias. She has appeared in over 500 episodes of television throughout her ongoing acting career.

He made his TV debut in the Colombian drama series Padres e Hijos.

He was born in Barranquilla, Colombia. His mother is an architect named Carmen Rivera, and he has an older brother named Enrique.

He starred alongside Carolina Ramirez in the show La Reina del Flow.