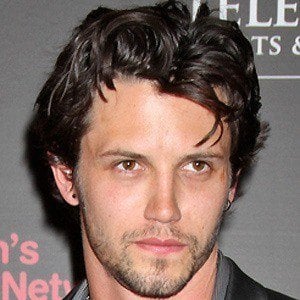 Actor who starred as Ethan Lovett on the hit daytime drama General Hospital. He has also appeared in the series True Blood and The Originals. He had a supporting role in the 2007 horror comedy Teeth.

He moved to Los Angeles after being accepted into the BFA acting program at the University of Southern California.

He had a recurring role on the ABC Family series, Bunheads, about a dance school.

He was born in South Australia, but raised in Colorado and Texas.

He appeared in the 2007 dark comedy, Teeth, along with Lenny Von Dohlen.

Nathan Parsons Is A Member Of