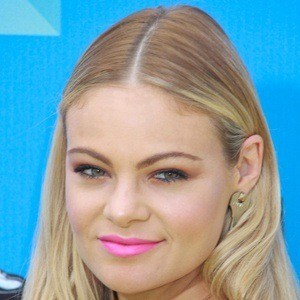 Pop singer and songwriter who is predominantly recognized for her work with Grammy Award-winning R&B record producer Babyface. She also worked with both the Plain White T's and Brian Wilson of Beach Boys fame.

While attending Beverly Hills High School, she landed a lead role in the school's production of Shakespeare's As You Like It.

Prior to pursuing a career in music, she appeared on several television programs including Malcolm in the Middle.

She married her husband Colin Benward in January 2014. The couple welcomed a son into their family in September 2016.

She founded the website Love Your Flawz with actress Brie Larson.

Caitlin Crosby Is A Member Of