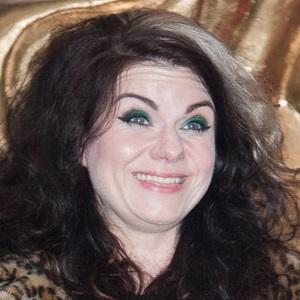 Voted the British Press Awards' columnist, critic, and interviewer of the year, this popular journalist and broadcaster penned several weekly columns for The Times; hosted a Channel 4 music program; and published a Galaxy National Book Award-winning work titled How to Be a Woman.

She won a Dillons essay contest at the age of thirteen and an Observer young reporter award at age fifteen. At sixteen, she became a music critic for Melody Maker magazine and also wrote and published a novel titled The Chronicles of Narmo.

She and her sister co-wrote a British television comedy series called Raised By Wolves.

She grew up in Brighton and Wolverhampton, England with three younger brothers and four younger sisters. In 1999, she married music critic Peter Paphides; the couple welcomed two children in the early years of the 2000s.

She and Charlton Booker were both recipients of British Press Awards Columnist of the Year honors.

Caitlin Moran Is A Member Of