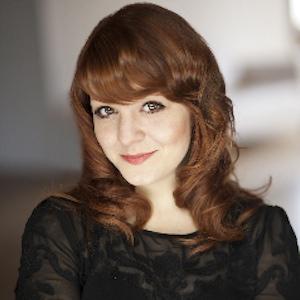 Canadian voice actress who played the role of Miu Matsuoka in Strawberry Marshmallow and Pan in Dragon Ball GT.

She started performing in community theatre with the StoryBook Theatre Company when she was 8 years old.

She voiced the character of Elpeo Puru in the video games Dynasty Warriors: Gundam and Gundam 2.

She grew up with her family in Calgary, Alberta, Canada.

She played the role of Amber in the 2006 film Resurrecting the Champ directed by Rod Lurie.

Caitlynne Medrek Is A Member Of