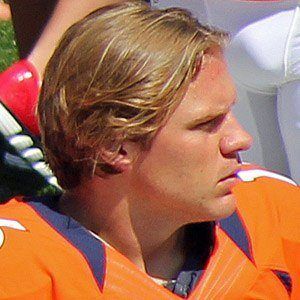 Quarterback who joined the NFL in 2008 and a member of the Chicago Bears, and made his debut for the team in 2009.

His first big opportunity came in the 2010 NFL Championship game, when he saw time as the emergency third-string QB, but his comeback attempt fell just short.

He spent a few of his early years as a backup to Jay Cutler.

Caleb Hanie Is A Member Of