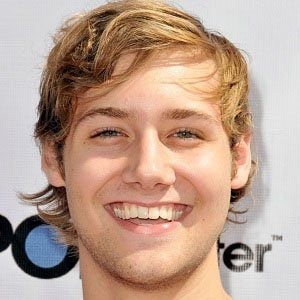 Actor on the MTV series Finding Carter who played the role of Cameron Mason, AKA Crash from 2014 until 2015.

In 2013, he graduated from the American Musical & Dramatic Academy: College and Conservatory of the Performing Arts.

He booked a role in the 2015 film Lethal Seduction.

He has an older brother named Josh and a sister named Stephanie. He has dated Allison Sheppard. He previously dated Casey Feldt.

One of his first roles was as a guest-star on ABC's Castle, starring Nathan Fillion.

Caleb Ruminer Is A Member Of