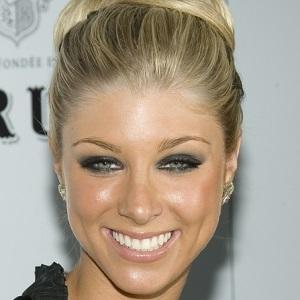 Pop singer who has sung on the soundtracks for Disney films like Ice Princess and Herbie Fully Loaded. She won a Ones to Watch award at the Young Hollywood Awards in 2005.

She was born in Los Angeles and graduated from the Archer School for Girls in 2007.

She appeared alongside then-boyfriend Sean Stewart on VH1's Celebrity Rehab with Dr. Drew.

She was previously engaged to Sean Stewart, son of famous singer Rod Stewart.

Caleigh Peters Is A Member Of