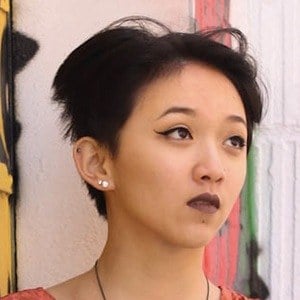 Versatile performer as an actress, writer, artist and musician who is best known for the former art. She won Leading Actor from the International Independent Film Awards for her role as Pearl Song in Bennett's Song.

She came to the United States from Northern China when she was 1-year-old.

She became certified as a scuba diver. She learned to play multiple instruments.

She has resided in New York, Delaware and Michigan. She is the daughter of Nancy Oeswein.

She appeared as Quadling #1 in Sam Raimi's Oz the Great and Powerful.

Calhoun Koenig Is A Member Of