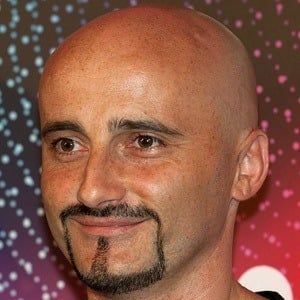 Pop rock singer and songwriter who rose to fame as the lead vocalist of the band Voltaj. With the band he represented his home country of Romania in the 2015 Eurovision Song Contest.

His musical studies began at the age of six when he first picked up a violin.

He married his wife Andreea in 2007 and the couple gave birth to three children.

He and Måns Zelmerlöw both competed in the 2015 Eurovision Song Contest.

Calin Goia Is A Member Of