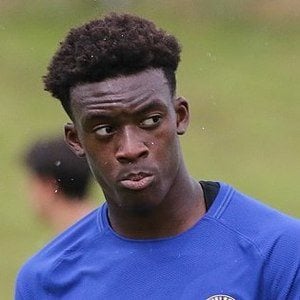 Attacking midfieler who became known as one of the brightest young prospects in English soccer during his years as a member of Chelsea FC's youth squad. In 2017, he helped lead England to the final of the FIFA U-17 World Cup.

He first played for Chelsea with the club's under-8 team.

He was shortlisted for the Checkatrade Trophy award in 2017.

He is the younger brother of soccer player Bradley Hudson-Odoi.

He has said that Eden Hazard is his favorite soccer player.

Callum Hudson-Odoi Is A Member Of