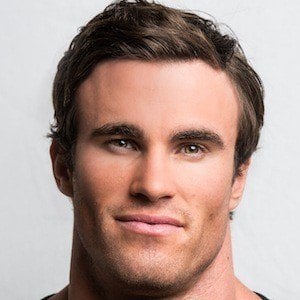 He started lifting weights with his brother when he was 14. He entered his first competition in 2010.

He described himself as a skinny kid growing up. He weighs up to 250 pounds during the offseason.

He grew up with five siblings on a farm in Victoria.

His massive size and facial features have led to comparisons to Arnold Schwarzenegger.

Calum Von Moger Is A Member Of