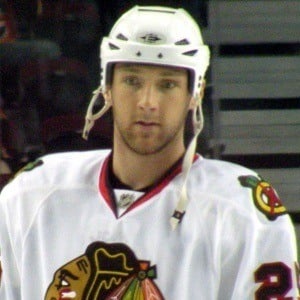 Canadian professional ice hockey player who is known for playing for the Barys Astana of the Kontinental Hockey League. He was selected third overall by the Chicago Blackhawks in the 2004 NHL Draft.

He won back to back gold medals at the 2005 and 2006 World Junior Championships.

In 2013 he signed a one year contract with the Vancouver Canucks.

He and Brian Campbell both played for the Chicago Blackhawks NHL team.

Cam Barker Is A Member Of