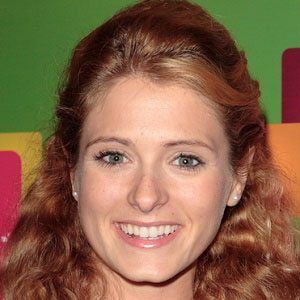 Notable for her starring role on the MTV hidden camera program Disaster Date and for her recurring roles on Head Case, 90210, and The Suite Life of Zack & Cody, she is also recognized for her work in films such as Friends (With Benefits), Friendship!, and An American High School.

Before beginning her screen acting career, she studied at both Syracuse University and Georgetown University.

In 2008, she guest starred in two episodes of Sons of Anarchy.

She spent her earliest days in Texas and the rest of her childhood in Washington, D.C.

She was cast opposite Ryan Carnes in the 2009 comics-based miniseries The Phantom.

Cameron Goodman Is A Member Of