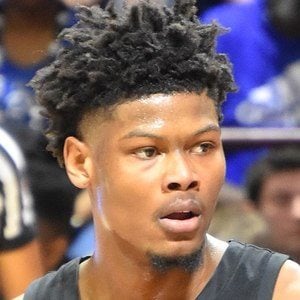 Small forward who gained fame playing high school basketball for Westtown School before committing to play for Duke University. After one year at Duke, he declared for the NBA and he would go on to be selected 10th overall in the 2019 NBA Draft by the Atlanta Hawks.

He played at The Haverford School before transferring to Westtown.

His freshman year at Duke he helped lead the team to an ACC tournament title and the #1 overall seed in the 2019 NCAA Tournament.

His parents are Zanthia and Robert Reddish. He has a brother named Aaron.

He was rated as a five-star recruit in 2018 along with fellow Duke commit Zion Williamson.

Cam Reddish Is A Member Of