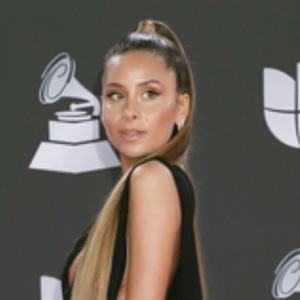 Singer also known as CAMI who rose to fame as the runner-up on the Chilean talent competition The Voice on the show's first season. She would go on to release singles like "Abrázame" and "Más De La Mitad."

She originally began her musical career sharing song covers on her self-titled YouTube channel in 2012. The videos would eventually earn her millions of views.

After signing to Universal Music, she would release the single "Un Poco Más De Frío" whose music video would earn over 1 million views within a month of its release. In June 2019, she shared a picture with TINI and Greeicy on her Instagram account.

Her full name is Camila Anastasia Gallardo Montalva. Her great-grandmother, Aida Espinoza, celebrated her 95th birthday in May 2017.

While competing on The Voice Chile, she was a member of Luis Fonsi's team.

Camila Gallardo Is A Member Of