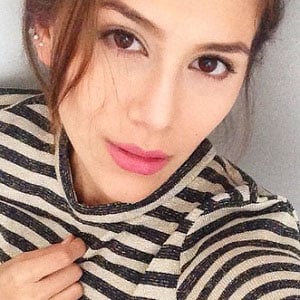 Colombian singer and actress who became widely known for her roles on the telenovelas La Ronca de Oro and Chica Vampiro. In 2019, she released her debut studio album titled Baila, which includes her hit songs "Destino" featuring Nacho and "Jacuzzi" featuring Anitta.

Early in her career, she participated in the 2007 season of the game show Factor Xs.

In 2018, she became the champion of reality show competition Mira Quién Baila. That same year, she won Most Fierce Artist at the MTV MIAW Awards.

Her full name is Greeicy Yeliana Rendón Ceballos. She was born in Cali but at the age of five, she moved to Bogotá with her family. Her parents' names are Luis Alberto and Lucy. She began dating Mike Bahia in 2012.

Greeicy Is A Member Of