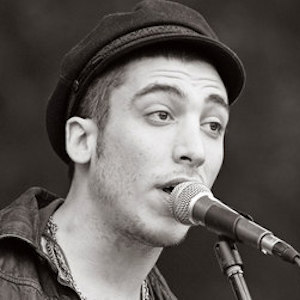 Turkish singer and songwriter best recognized for representing Turkey at the 2012 Eurovision Song Contest where he took 7th place against the Sweden single "Euphoria."

At seventeen, he began working as a vocal projectionist while studying film and television at Istanbul Bilgi University. He would often broadcast his original music at local radio stations.

In 2011, he was awarded Best New Artist at the Golden Butterfly Television Awards.

He was born in Izmir to a Sephardi Turkish family, a lineage which has impacted his music through deep Spanish influence.

He competed against pop singer Loreen and her single "Euphoria" in the 2012 Eurovision Song Contest.

Can Bonomo Is A Member Of