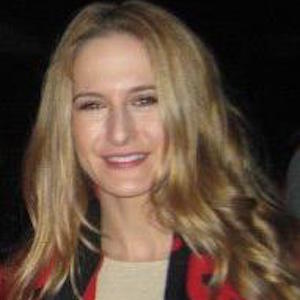 Turkish television actress best recognized for her recurring roles in series such as Biçak sirti, 1001 Nights, and Behzat Ç.: Bir Ankara Polisiyesi. She also starred in the 2011 feature films Behzat Ç.: Seni Kalbime Gömdüm and Will.

She earned a bachelor's degree in sociology and theater from Franklin and Marshall College before earning her master's in acting from the Actors Studio Drama School.

In 2003, she was inducted as a lifetime member into the Actors Studio.

She married Christopher Burke in 2005, but the pair divorced in 2009. She is also the daughter of political scientist Üstün Ergüder.

She was cast alongside Tuba Buyukustun in the 2016 Turkish drama Tight Dress.

Canan Ergüder Is A Member Of