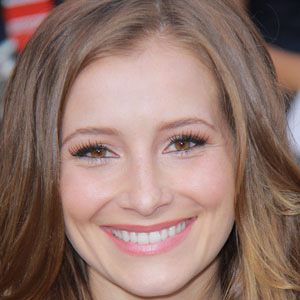 American television host and actress who became known to audiences for hosting Attack of the Show! in 2010.

She was a gymnast as a teen and competed in the Junior Olympics.

She also had a recurring role on CBS's drama series Jericho.

She was married to Brian Corsetti from 2011-2014. She and partner Ajay Rosen have a son named Manning and a daughter named Annabelle.

Candace Bailey Is A Member Of