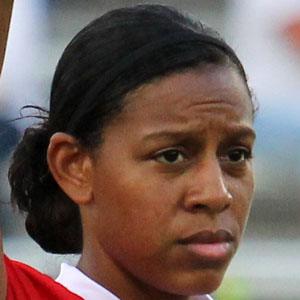 Professional women's soccer player from Trinidad and Tobago known as a defender for National Women's Soccer League teams like the Washington Spirit. She emerged victorious at the 2011 Pan American Games as a member of the Canadian national team.

She graduated from the University of Notre Dame.

She won a bronze medal at the 2012 Olympic Games with the Canadian national team.

Both of her parents were born in Port of Spain.

She has been teammates with Ali Krieger on the Washington Spirit.

Candace Chapman Is A Member Of