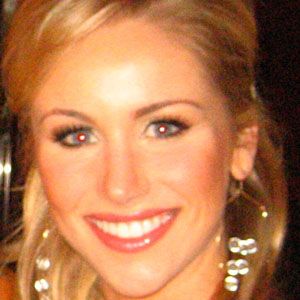 Former Miss Missouri USA 2008 who would later go on to place in the top 10 during the Miss USA competition.

She previously worked as a sports journalist for a CBS affiliate in Dallas, Texas.

She attended the University of Missouri in Columbia, Missouri. Her brother is Chace Crawford.

She married NFL quarterback Tony Romo on May 28, 2011. They are parents to three sons named Hawkins, River and Jones.

Romo dated singer Jessica Simpson before his relationship with Crawford.

Candice Crawford Is A Member Of