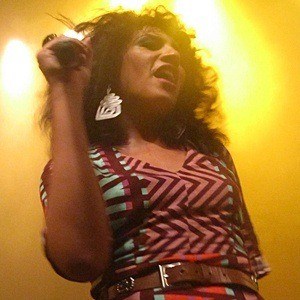 Brazilian singer best known as a member of the popular tecnobrega act Banda Uó. She and the band are responsible for major hits like "Catraca," "Dá1LIKE" and "Arregaçada."

She met the other members of Banda Uó on the nightclub scene in Goiânia, Brazil. She left fashion school to join the band in São Paulo.

She was chosen by cosmetics company Avon to star in their "Outubro Rosa" campaign. She was first trans woman to receive the honor.

Her real name is Mel Gonçalves.

Her cover of Willow Smith's "Whip My Hair" was named Best Music Video at the MTV Video Music Awards Brazil.

Candy Mel Is A Member Of