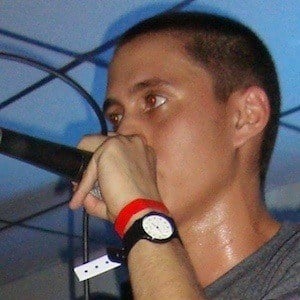 Most Popular#30568
Born in Caracas, Venezuela#23
Rapper Born in Venezuela#2

Hip-hop recording artist who released five studio albums over the course of his fourteen year career. He is remembered for powerful songs such as "Pensando en Ti," "Maquiavélico," and "Es Épico."

He was born Tyrone José González Orama and he began to express himself through music and freestyle rapping at the age of 11.

He passed away after an apparent murder-suicide in 2015.

He is from Venezuela.

During his career, he had the opportunity to collaborate with Mala Rodríguez.

Most Popular#30568
Born in Caracas, Venezuela#23
Rapper Born in Venezuela#2

Canserbero Is A Member Of