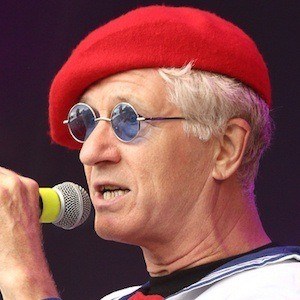 Also known as Ray Burns, he was the guitarist, singer, and songwriter who co-founded the British punk rock group The Damned.

He attended the Stanley Technical School for Boys in South Norwood. He was a member of the Johnny Moped Band before The Damned.

He played bass and lead guitars for The Damned, as well as the keyboards, and wrote some of their later songs.

He grew up in Balham, London. He married Rachel Bor and had a child with her, before remarrying and having more children.

He and Rat Scabies were both in The Damned.

Captain Sensible Is A Member Of