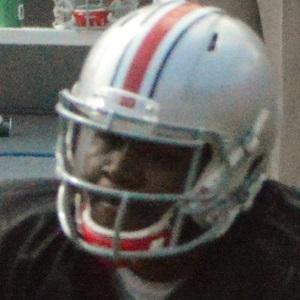 Quarterback who was drafted in the fourth round of the 2016 NFL Draft by the Buffalo Bills. He previously helped the Buckeyes win the inaugural 2015 College Football Playoff National Championship.

He played high school football at Glenville High School under Ted Ginn, Sr. and helped the Tarblooders win a D-1 championship in 2009.

He was born the youngest of six in Cleveland, Ohio. His mother is Florence Jones, he never met his father.

He played under head coach Urban Meyer at Ohio State and replaced injured quarterbacks Braxton Miller and J.T. Barrett on his way to becoming an Ohio State legend.

Cardale Jones Is A Member Of