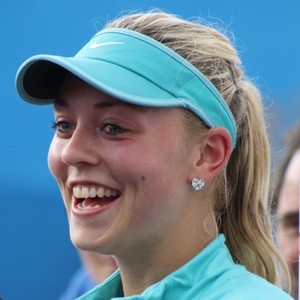 Tennis player who has risen to widespread fame for her prolific ITF career. She won her first WTA title at the 2017 Luxembourg Open, and would go on to begin the 2018 season ranked as the #48 singles player in the world.

She reached her first ITF final in April 2011. She would go on to win the Zell am Harmersbach tournament in her native Germany.

She won the Barnstaple, United Kingdom ITF doubles tournament in September 2014 alongside her partner Alizé Lim. She qualified for the 2018 Australian Open.

She has one sister named Jennifer.

She defeated Monica Puig at the 2017 Luxembourg Open to win her first ever WTA final.

Carina Witthoft Is A Member Of