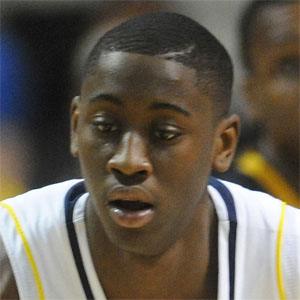 6'7" guard/forward who was selected 20th overall in the 2016 NBA Draft by the Indiana Pacers, who then immediately traded him to the Brooklyn Nets. He was a Second-team All-Big Ten selection as a member of the Michigan Wolverines in 2014.

He was a star at Pickerington High School Central.

He helped the Michigan Wolverines reach the NCAA Championship game in 2013 and the Elite Eight in 2014.

His brother Darryl is a basketball player who played at Connors State College.

He joined Julius Randle as a member of the All-Midwest Regional team in 2014.

Caris LeVert Is A Member Of