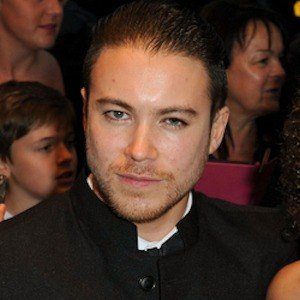 Brought to life Barry Barry in the BBC school drama Waterloo Road. He is also a renowned stage actor, appearing in productions like Jersey Boys, The Fantasticks, and Bright Phoenix.

He earned one of his first acting roles in a 1998 stage production of Peter Pan as Tootles and Nibs.

A talented dancer, he has performed at events like the 2009 Brit Awards.

Though born in Kirkby, he later lived in Liverpool, England.

Carl Au Is A Member Of