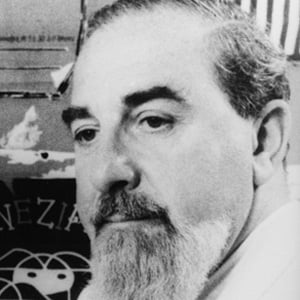 Artist known for 'Minnelli on Minnelli' from 1999 and other caricatures of celebrities and Broadway stars such as Elvis Presley, Bruce Springsteen, the cast of 'Star Trek: The Next Generation,' and Bob Dylan.

He studied drawing at the Art Students League of New York and, by the age of 17, had become the art director at Selznick International Pictures. His 1963 caricature of Allen Funt of TV's 'Candid Camera' for CBS angered the host so much that he threatened to quit the network.

His caricature of Ernest Hemingway appeared on the cover of American Mercury magazine.

He married his first wife, the European actress Dolly Haas, in 1943; together, they had daughter Nina. He and theatre historian Louise Kerz married in 1996.

He once drew a caricature of Rudolph Valentino.

Al Hirschfeld Is A Member Of