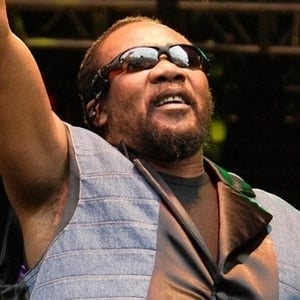 Jamaican singer who shot to stardom following the release of his 1974 martial arts homage "Kung Fu Fighting," which would go onto become one of the best-selling singles of all time. Though he never hit it big again in the United States, he scored other major hits in the U.K., including "Dance the Kung Fu" and "Run Back."

He grew up in Jamaica and California before moving to the U.K., where he founded the band Big Stampede in 1964.

His manager was Eric Woolfson, who would go on to become the main songwriting force behind The Alan Parsons Project.

His song "Dance the Kung Fu" was sampled by DJ Premier for his remix of "Classic (Better Than I've Ever Been)" in 2007.

Carl Douglas Is A Member Of