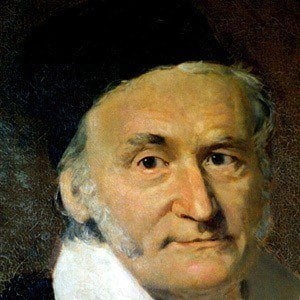 German mathematician who created Gauss's Law, Gauss's Law for Magnetism, and the process of degaussing, among many other contributions.

He was a child prodigy who had completed the text Disquisitiones Arithmeticae by the time he was twenty-one.

He developed a method to plot the location of planets when he was twenty three.

Like Hendrik Lorentz, he was a winner of the Copley Medal.

Carl Friedrich Gauss Is A Member Of