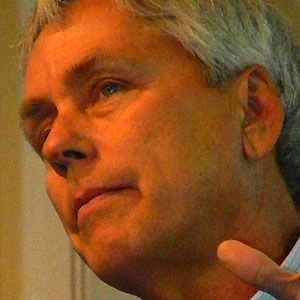 After graduating from the University of Florida, he joined the reporting staff of the Miami Herald. In the early 1980s, he collaborated with a journalist friend on the writing of three novels: Powder Burn, A Death in China, and Trap Line.

His first children's book, Hoot, received the Newbery Medal and was later adapted into a movie.

He grew up in Plantation, Florida. After his twenty-six year marriage to Connie Lyford ended in 1996, he wed Fenia Clizer. He has two sons, Quinn and Scott. He and Clizer divorced in 2019. He married Kaitlyn Fox in 2020.

He wrote the adult novel, Striptease, which was made into a film starring Demi Moore.

Carl Hiaasen Is A Member Of