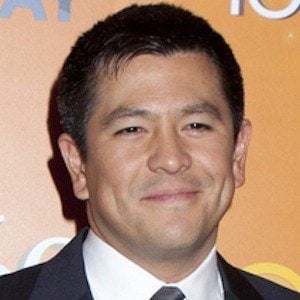 Journalist known for his work as an anchor on CNBC, where he's hosted the shows Squawk on the Street, Squawk Alley, and Squawk Box. He's also appeared on the NBC Nightly News.

He studied political science at the University of Colorado, graduating in 1993. He spent time working with The Wall Street Journal after graduating.

He and Jim Cramer have worked together on Squawk on the Street.

Carl Quintanilla Is A Member Of