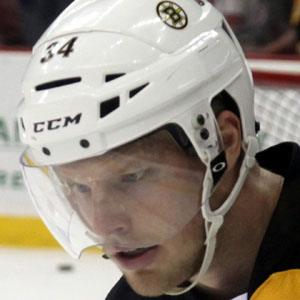 Left winger who made his NHL debut in 2012 for the Boston Bruins, then signed with the Colorado Avalanche in 2015. He was originally selected 49th overall by the St. Louis Blues in the 2004 NHL Draft.

He first played professionally for the Malmo Redhawks in the Swedish Hockey League in 2003.

He appeared in two games in the 2013 Stanley Cup Finals where the Bruins lost to the Chicago Blackhawks.

He was born and raised in Malmo, Sweden, where he began his career, before moving to the United States.

His first point came on April 21, 2013, when he assisted a goal by Jaromir Jagr.

Carl Soderberg Is A Member Of