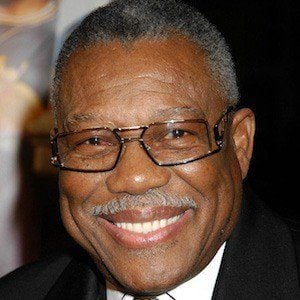 Notable for his roles in comedy films such as Big Momma's House (as Ben Rawley), Barbershop (as Checkers Fred), and The Cookout (as Grandpa), Wright is also well known for his appearances on the television comedy series Blues and More.

Before beginning his acting career, he toured with a tap-dancing act called "The Three-Leggers."

He appeared in a 1998 episode of the fantasy series Early Edition.

He spent his early years in Orlando, Florida, and later settled in Chicago, Illinois.

He made his movie debut opposite Vanessa Williams and Vivica A. Fox in the 1997 feature film Soul Food.

Carl Wright Is A Member Of