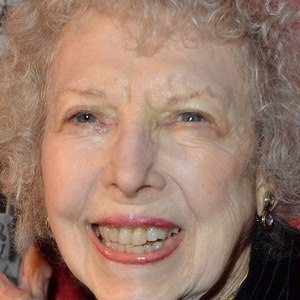 Actress who appeared in the classic horror film Dracula, in which she spoke the opening lines of dialogue. She also played a role in the 1927 film adaptation of Uncle Tom's Cabin.

She made her debut in the 1925 film The Phantom of the Opera.

She appeared in the 2010 BBC documentary A History of Horror with Mark Gatiss in 2010.

Her uncle Carl Laemmle is the founder of Universal Pictures.

She played Chorine in King of Jazz alongside Bing Crosby.

Carla Laemmle Is A Member Of