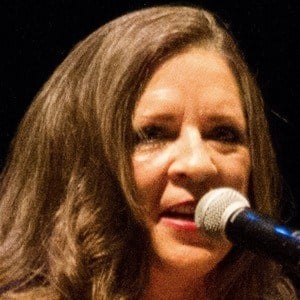 Country music singer who is the daughter of June Carter and her first husband, Carl Smith. She has released hits like "Come On Back," which charted at #3.

She was part of The Carter Sisters with her mother and aunts in 1987 and released a debut album in the 1970s.

She recorded the voice of Red in the Williams pinball machine, Red & Ted's Road Show, in 1994.

She was married three times before marrying Joseph Breen in 2006 and was also romantically linked to musician Howie Epstein from the band Tom Petty and the Heartbreakers.

She is the daughter of country singer, June Carter Cash.

Carlene Carter Is A Member Of