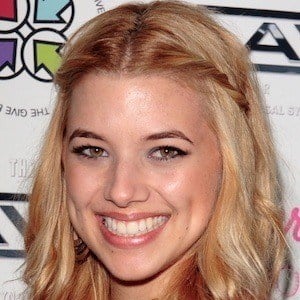 American actress most famous for playing Missy Meany on Ned's Declassified School Survival Guide from 2005 to 2007. She has since appeared on shows like Big Time Rush, New Girl, and Hawaii Five-0.

She did voiceover for a video game when she was four years old.

She started a fundraising campaign to build a school in Nepal.

Carlie Casey Is A Member Of