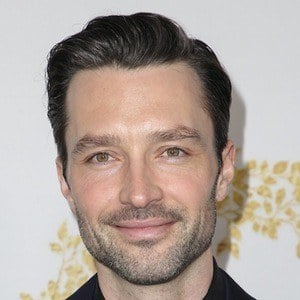 Canadian actor who is known for his variety of work in both television and film. He is best known for his role as Eddie in the 2013 film Scarecrow as well as the character of Ian Thomas in the 2010 television series Pretty Little Liars.

With a passion for acting at a young age, he began taking classes and appearing in advertisements. In 2005, he appeared in his first credited television role where he played a jock in the series Pure Pwnage. Since then he has continued to star in both television and film.

He is known for his tall demeanor for being over 6 feet tall.

He was born and raised in Tofino, Canada.

As a star in the 2017 film Moonlight in Vermont, he starred alongside Lacey Chabert, Jesse Moss, and Fiona Vroom.

Carlo Marks Is A Member Of