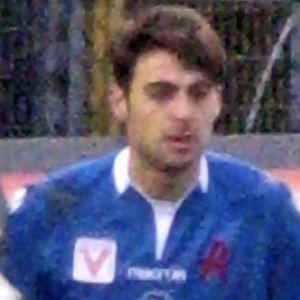 Italian professional football player who is known for his work as a goalkeeper on the Juventus club. In addition to being loaned out to several clubs including Livorno, Latina, and Modena, he is also known for playing on several Italian national teams.

He started his youth career in 2000 training in the Juventus academy. He then went on to make his senior club debut with Juventus in 2010. That following year he made his debut on the Italy Under 21 national team.

He has won several honors with the Juventus club including the Serie A 2017 championships, the Coopa Italia that same season, and the Supercoppa Italiana in 2018.

He was born and raised in Moncalieri, Italy.

Other players also known for their work with the Juventus club include Giampiero Boniperti and Alessandro Matri.

Carlo Pinsoglio Is A Member Of